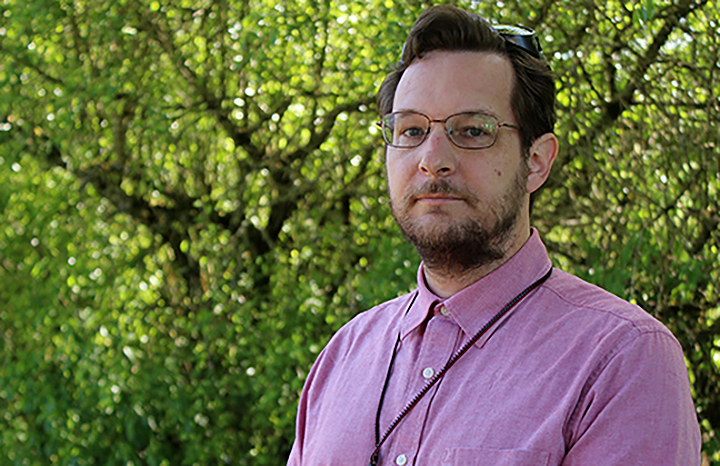 When Robert began working at Mennonite Village 20 years ago, he brought an aptitude for math and computers and an interest in working with customers. He has used these skills and learned many new ones over the past two decades. He began as a receptionist and over the years gained experience with billing, publishing newsletters, writing policies, and payroll. Further training and experience prepared him for his current position as Accountant.

Growing up in Grants Pass, Robert worked a variety of jobs after high school, including hotel concierge, chimney sweep, and auto mechanic. Soon after getting married, he and his wife moved to Albany where his mother was working at Mennonite Home.

Robert enjoys working in a Christ-centered community and being able to address workplace issues from a Christian perspective. His co-workers will attest to Robert’s love of jokes, often with a spiritual or theological flavor. Pouring creative energy into writing Christian fiction is a favorite pastime, as well as spending time with his family and friends. Mennonite Village has benefitted from Robert’s commitment to accuracy, caring, and good humor for the past two decades!

Mennonite Village is a tobacco-free community.

“I just wanted to let you know that I really enjoy working here. The staff is terrific. Everyone is so nice and helpful. They’ve made me feel very welcome. All the great things I’ve heard about this place are more than justified.”— A Mennonite Home Employee