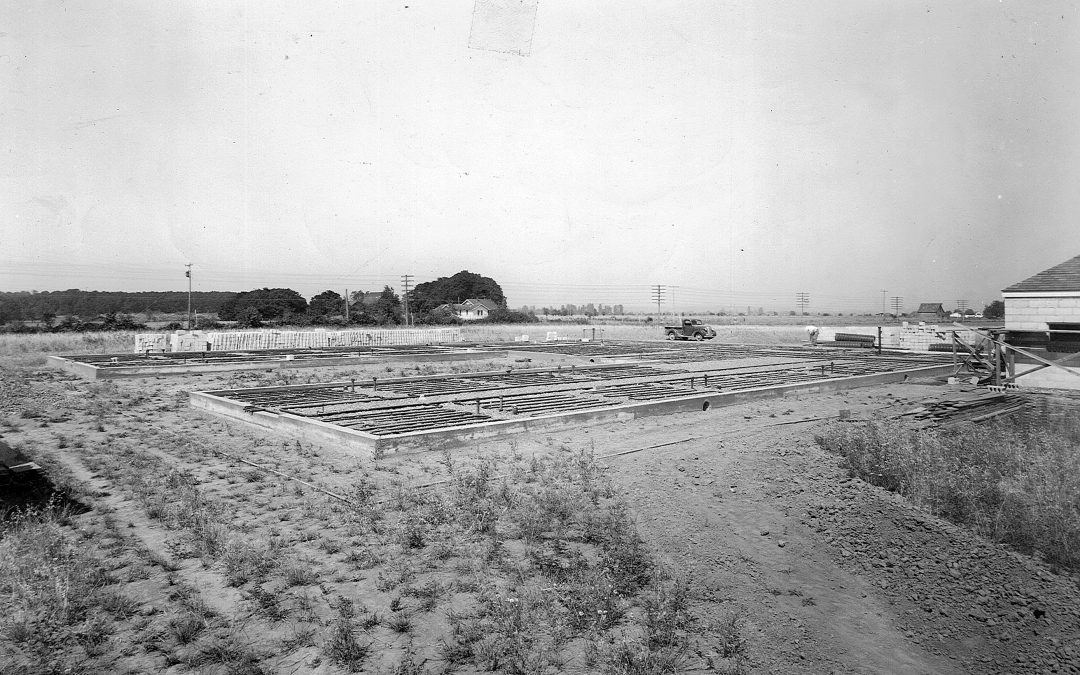 The foundation is laid for the Mennonite Home for the Aged

Following the donation of Lydia Stutzman’s estate, a proposal for a convalescing home for the elderly was put forth to the Mennonite Mission Board of the Pacific Coast Conference. Once the project was approved, offers of donated labor and materials came from many sources. Financial contributions were received from as far away as Kansas.

In 1945, Oliver and Sarah Schmucker, active members of the Mennonite Church, donated seven and a half acres of land on the north side of Oak Creek and the east side of Columbus Street in Albany. Next to the property was the site of Henshaw’s Blacksmith Shop, a historic landmark of the late 1800’s. This site was well known in the Willamette Valley.

The Mennonite Mission Board appointed a local Home Board to oversee the early operation of the project. The Board asked Frank Kropf, with the assistance of Albany building contractor Claude Buerge, to draw up plans for what was named “The Mennonite Home for the Aged.”

The building was constructed of pumice stone blocks from material trucked in from Eastern Oregon. In addition to the residential quarters, an auxiliary building containing a furnace room, canning kitchen, laundry, and food storage was erected.

Frank Kropf supervised the construction and provided a lot of the labor. Many hours of labor was donated by members of the local Mennonite churches. While the generous donations of Lydia Stutzman, the Schmuckers, Frank Kropf, and many others launched the project, several challenges emerged during the building of the Mennonite Home for the Aged.

Next Up: Financial Challenges