20 Years of Making A Difference 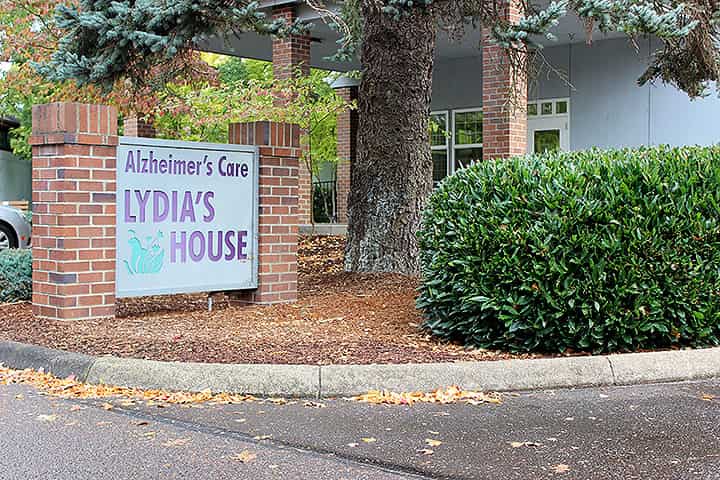 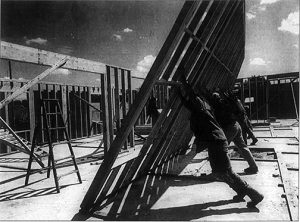 The vision in 1998 was to create a place where Alzheimer’s and Dementia residents could live in a home-style environment. And now, 20 years later, Lydia’s House continues to fulfill that vision.

“Our mission is to allow each resident to be who they are, and where they are in the disease process,” said Lydia’s House Administrator Mary Scott. “We meet them where they are.”

For the second consecutive year, total payments to care for individuals living with Alzheimer’s or other dementias will surpass a quarter of a trillion dollars nationally, according to data reported in the Alzheimer’s Association 2018 Alzheimer’s Disease Facts and Figures report released in March.

The report also sited that of the estimated 5.7 million Americans living with Alzheimer’s dementia in 2018, 65,000 are Oregon residents.

Since its opening, Lydia’s House has served 235 residents.

When Lydia’s House was first dedicated in 1998, Donna BreMiller served as the Health Care Center Administrator. 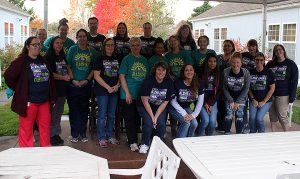 “The difference between Lydia’s House and other specialty care units in the mid-valley is that home-like atmosphere,” Donna said at the time. “Most Alzheimer’s residents are treated in a nursing home. We are treating them in a residential setting.”

According to Mary, that formula has been successful.

“What I have seen over the years is that what we have works,” Mary said. “The smaller intimate environment provides our residents with the home they need to function at their best.”

Lydia’s House was named after Lydia Hostetler Stutzman, who, along with her nephew Frank Kropf, established Mennonite Home in 1947. Donna said it was only fitting that a center designated to treat residents suffering from Alzheimer’s and Dementia be named after a woman who left a legacy of helping others.

“We felt it would be a great way to come full circle, joining the new and the old together in a commemorative way, by building the new vision on the ‘old foundations,’” Donna said.

Mary added, “To be part of a place that enables residents to be who they are brings us great joy. To help create joy in their day so that it shows on their face when they are so lost is very rewarding.”

Mennonite Village is a tobacco-free community.

“I just wanted to let you know that I really enjoy working here. The staff is terrific. Everyone is so nice and helpful. They’ve made me feel very welcome. All the great things I’ve heard about this place are more than justified.”— A Mennonite Home Employee